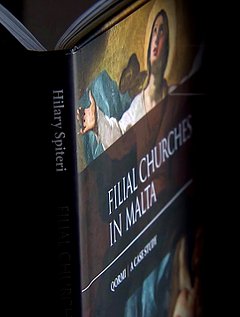 This exhibition embarks on a retrospective journey in honour of the Maltese artist Antoine Camilleri (1922-2005), curated by Professor Joseph Paul Cassar, co-curated by Mr Hilary Spiteri and produced by the Camilleri family.The event is hosted at Spazju Kreattiv, St James Cavalier Centre for Creativity, Valletta.The exposition puts on show a number of over 150 works of art by the artist including paintings, drawings and lino prints. The display also provides a detailed socio, political and religious context to the art works, present through a series of personal notes, letters, studio tools and furniture, lino blocks and sketches. Rather than following a strictly chronological sequence, Celebrating Antoine Camilleri 1922-2005 is organised according to thematic sections that emphasise the parallels between different stages in his career. Bringing together works made at the Malta Government School of Arts, Paris, Bath (UK) and several others from private collections, it traces motifs and ideas as they are revisited and deepened in objects and images that he produced throughout his artistic career.

Art and architecture were low priorities to the early British Administration with its single-minded concentration on exploiting the island and its harbours for colonial interests. In spite of this, the first British Civil Commissioner, Sir Alexander John Ball, meritoriously undertook the re-founding of the University of Studies and appointed as its rector, presumably in acknowledgment of services rendered during the French blockade, Mgr Francesco Saverio Caruana. Caruana thrived on political opportunism but, to his credit, he was a patron of the arts. His admirers and flatterers applauded him as a Maecenas. His great achievement was to set up, at the refounded University, a School of Design to bring architecture and the fine arts in line with current European artistic preoccupations. This was a big step forward in artistic education and, with the available limited resources every effort was made, to give the school academic credibility.

Malta’s cultural and religious identity is expressed in the architectural heritage present around the Islands. This publication aims to contribute to the study on filial churches in Malta and open the way for further research about their history, architecture and works of art. Nonetheless, this study does not feature a detailed individual assessment of all the filial churches present on the Islands. The multitude of such exemplars stretches research boundaries to a limit which is beyond the purpose of this exercise. The book sheds light on nine filial churches existent in the Maltese town of Qormi. It provides a case study based on an assiduous research in both Church and State archives and also maps Malta’s socio-religious and political outline from the late fifteenth to the nineteenth centuries. On the other hand, the account takes note of their present architectural and artistic conservation and the echoing religious cults and traditions.